Having worked with Severn Hospice for almost 20 years on a number of projects, both at the Bicton Heath site and also at Apley Castle in Telford, where we were involved with a brand new Hospice facility, we were once again approached to work on a new exciting project. This new project is on an area of land currently owned by the Hospice and will be for a new Living Well Centre, which in essence seeks to provide the following facilities:-

Severn Hospice were looking to provide a new modern facility that served as an architectural showpiece and helped ease and accommodate both patients and staff with their daily activities.

The conceptual plans provide an indicative proposal showing what the long term vision may be for this new Living Well Centre, which will be the new ‘front of house’, being extended to provide further accommodation to replace the ageing bedded ward areas in the existing Hospice. It is anticipated over the next 20 to 30 years that the Hospice may in its full entirety move across and be attached to this initial phase, thus freeing up the existing site.

At this moment in time all of the above facilities are currently located within the existing Hospice which was originally constructed in the late 1980’s and has been subsequently extended and has sprawled across the site considerably. It is proposed to detach the above items from the existing Hospice facility and locate these in the adjoining land to form a new, clear ‘front of house’ identity for the Hospice. 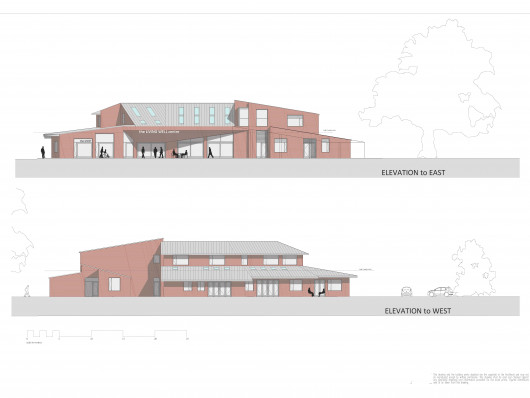 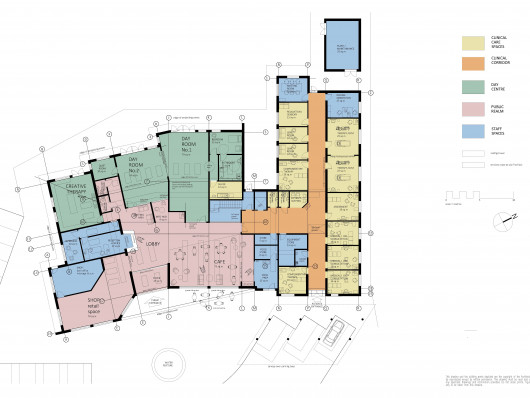 Initial schemes were for a more contemporary design however after constructive dialogue with the client and alternative approach was generated. The layout moved away from a symmetrical design and provided a more considered stepped layout with greater depth and detailing to the façade.

Main public and patient areas become priority with the inclusion of open, double height spaces to enable natural light to engulf the building. 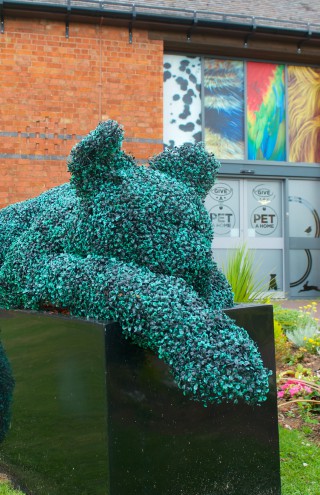 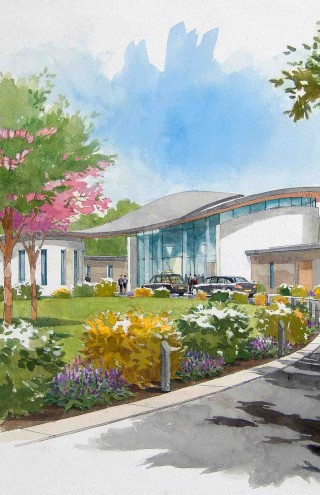 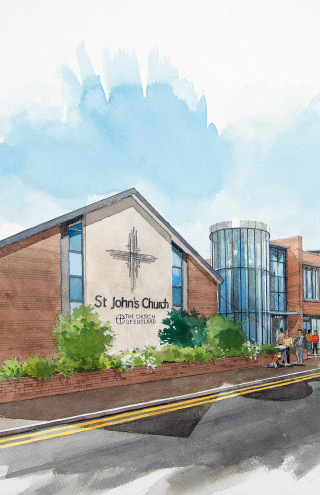